Feeding and nourishing is, along with hydrating and breathing, one of the most basic needs not only of the human being but of all living beings. In the case of our species, we need to eat to acquire enough nutrients for our body to function and survive.

However, there is a high percentage of the world population that does not have access to enough food to survive or that is unable to process and use the existing nutrients in them. These people are or will be undernourished, something that generates a series of consequences of varying severity. In this article we are going to talk about the effects of malnutrition , as well as its concept. 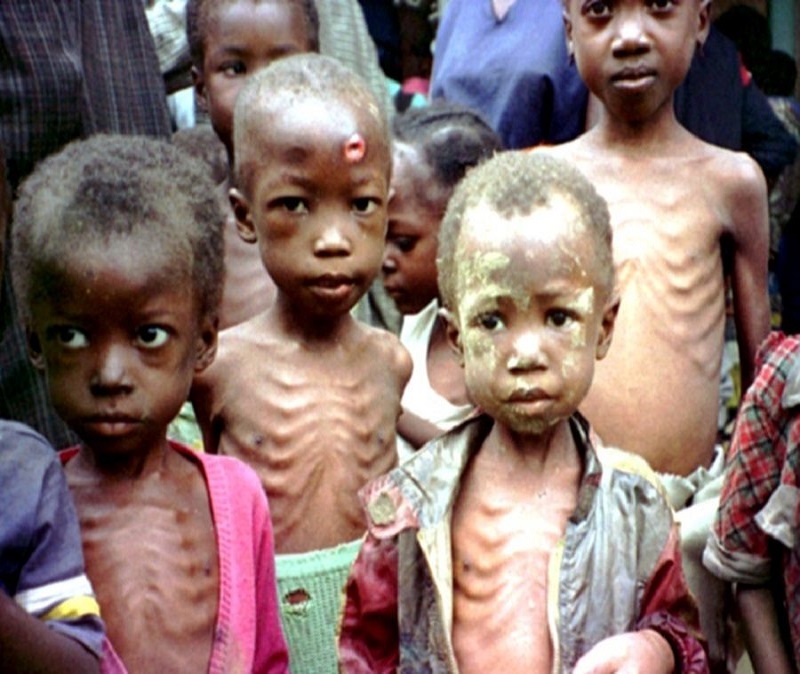 As indicated by the World Health Organization, the name of malnutrition is the existence of a lack or lack of food or the amount of calories, nutrients, vitamins and minerals necessary for the preservation of a correct state of health, being said state according to what is expected based on the age of the individual.

In other words, we are facing the lack of sufficient nutrients in the body to maintain optimal levels of functioning. The absence of sufficient nutrients will generate the consumption of the internal reserves of energy (and if necessary, the organism will consume its own tissues to survive), appearing a progressive weakening of the organism that can even lead to the death of the subject.

Types according to causes

The concept of malnutrition can be easily understood, but it is necessary to take into account that we can actually find various types of malnutrition, although the effects on the organism are similar . One of the existing classifications takes into account where the absence of nutrients comes from, generating two main categories.

In the first of them, the so-called primary malnutrition, the person has a deficit of nutrients derived from insufficient food or starvation. This lack of food can happen in different contexts. The most obvious case we can find with people who do not have access to a sufficient amount of food such as in countries with famine and high level of poverty.

Another type of situation in which primary malnutrition appears occurs in people who despite living in a context in which they can access enough food do not perform the intake, being the case of eating disorders such as anorexia nervosa .

A second type of malnutrition is the so-called secondary malnutrition, in which the subject does make an adequate intake and as sufficiently but due to some alteration or disease is not able to metabolize the nutrients. This implies that these nutrients do not become integrated and used by the body, something that will also generate adverse effects on health.

The lack of nutrients has considerable effects on the body, which can even lead to death in people of any age, race or condition if sufficient essential elements to keep the organs in operation are not achieved. In most human beings malnutrition can cause effects such as the following, although the ones we are going to present are not the only ones.

1. Changes in body weight and volume

One of the most rapidly visible aspects of malnutrition is that there is considerable weight loss. However, if the situation of malnutrition is prolonged and affects hormones such as insulin and glucagon it is possible that some abdominal obesity appears , derived from the alteration of the metabolism of food.

In the absence of sufficient proteins, the body acts in order to protect its survival by extracting energy from the fibers of the body itself, consuming for example the muscle fibers in what is known as protein catabolism .

3. Hypotonia and lowering of energy levels

Another consequence of the lack of nutrients is the decrease in muscle tone, with less tension and muscle strength. Also a great decrease of the physical and mental energy is observed . 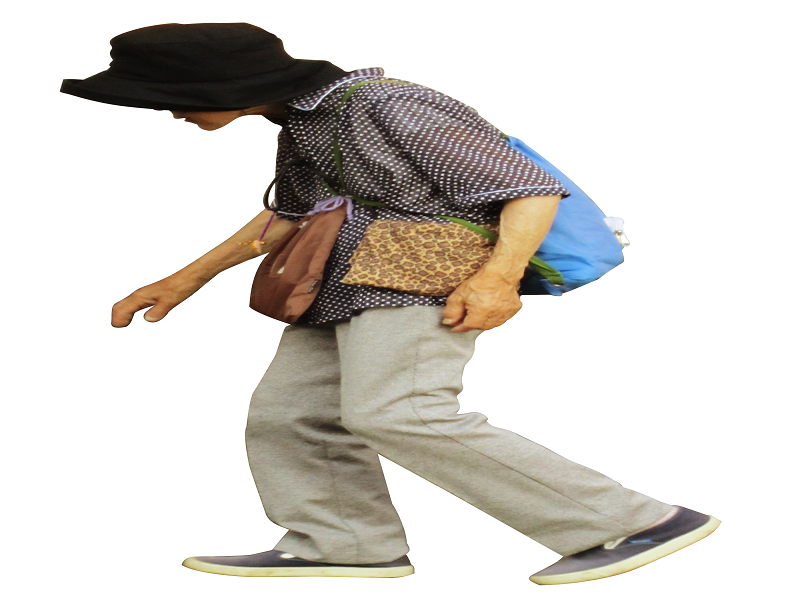 As with muscles, bones are also affected by malnutrition. They become more brittle and brittle , with injuries and breaks more likely to occur.

The menstrual cycle is also affected by malnutrition, with the lack of nutrients causing irregularities and even the cessation of the rule.

6. Weakening of the immune system

One of the big ones affected by the loss of nutrients is the immune system. A weakness is generated in this system that makes it difficult to respond to bacteria and viruses , making it much easier for infections and diseases to appear.

The presence of dental problems is also observed, often presenting gum irritation and even bleeding.

It is common that the lack of nutrients and the existence of electrolyte imbalances resulting from insufficient nutrition cause the accumulation of fluids in different parts of the body , generating swellings in the form of edema.

The lack of nutrients weakens the heart muscle and blood vessels, which can generate arrhythmias, hypotension, heart failure and death.

The fact of not having enough nutrients for the body to function properly also affects the digestive tract , making it unable to act properly. In fact, a person with prolonged malnutrition can not begin to eat normal amounts of blow, having to adapt little by little in order for intestinal motility to recover its usual course.

Malnutrition also affects, and also to a large extent, the nervous system. At the cognitive level, it is usual to generate alterations in the cognitive capacity, reducing the emission of elaborated responses, the ability to plan and make decisions , the judgment or the ability to concentrate or inhibit behavior.

The lack of nutrients affects the capacity for behavioral inhibition and facilitates attack / flight responses. Emotions come to the surface more easily than usual . Problems of irritability, anxiety or depression are much more frequent. 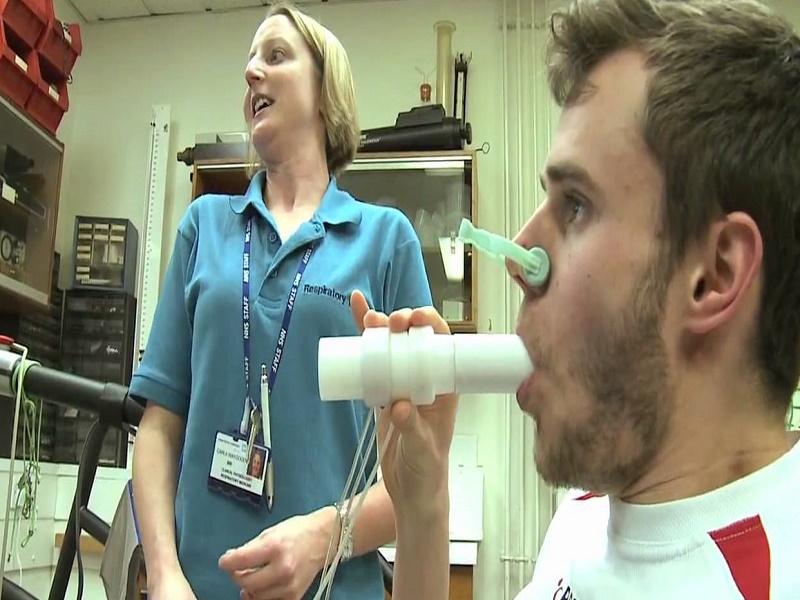 It can generate problems at the level of our body’s ability to oxygenate and expel carbon dioxide.

14. Slow down the metabolism

When the body realizes that it does not have enough nutrients to function properly, it proceeds to try to reduce the metabolism in order to save energy .

The liver and pancreas are also affected by malnutrition, unable to purify the blood or generate insulin and glucagon and altering the functioning of the digestive system.

The ability of the kidneys to act as a filter for blood and to eliminate waste and harmful elements is also affected. The lack of nutrients hinders its function, not filtering these elements correctly. 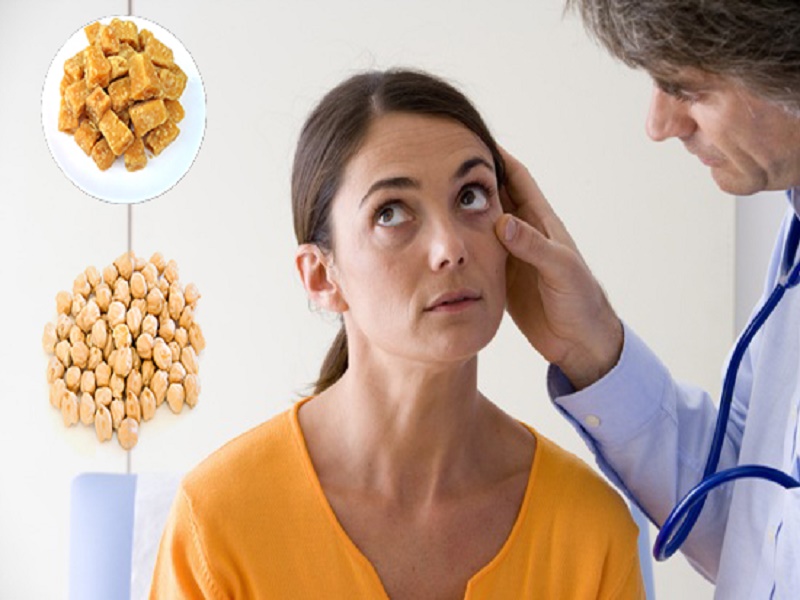 One of the consequences of the deficit of nutrients is the appearance of anemia, that is to say of the diminution of the production of red globules derived from the lack of basic components like the iron or the vitamins. It causes dizziness, fainting, headaches, arrhythmias, pallor, numbness and lack of blood supply in some parts of the body.