On more than one occasion we will have heard or read that quitting smoking makes you fat , something that many people can doubt the idea of ​​leaving this harmful habit.

In fact, it has been observed that gaining weight is one of the concerns most often indicated by people who want to quit smoking. Undoubtedly, this makes it an aspect that is of great interest to investigate and about which doubts may arise as to whether this is true or not.

In this article we will see what is true in the belief that quitting tobacco makes us fat, in order to help determine if we are facing a reality or an urban legend, why it happens or if we can do something to avoid it.

Does quitting smoking make you fat?

Regarding the fact whether quitting smoking is fattening or not, the truth is that several studies conducted seem to indicate that, in effect, quitting smoking favors weight gain , in many cases finding an increase that can be up to four and a half kilos.

However, there are many factors that influence whether you can increase or not weight, including our eating habits and the levels of physical exercise we do .

It is also important to keep in mind that weight gain does not occur continuously or exponentially, but is usually very limited to a stage or interval after the cessation of consumption. Specifically, on average the weight gain usually occurs mainly during the first three months after quitting, after which the weight gain for this reason is usually minimal. 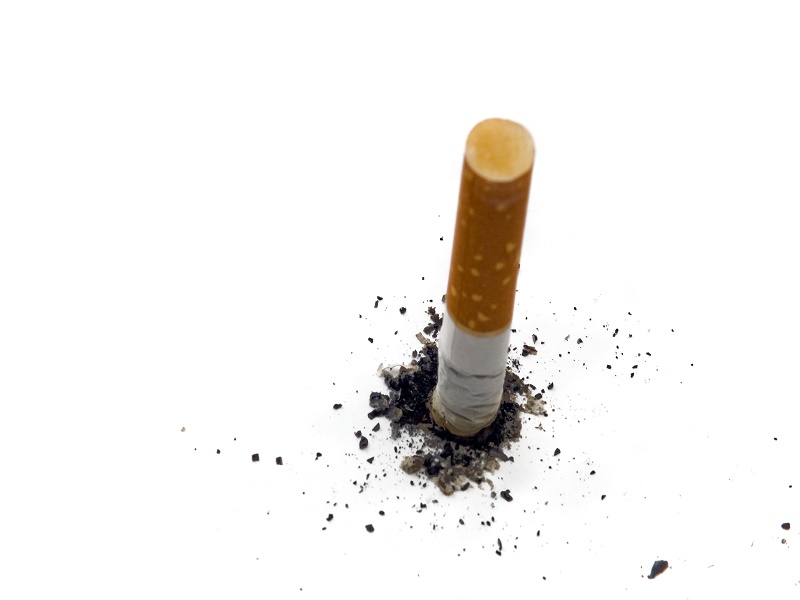 Regardless of this possible weight gain, the different studies also indicate that the benefits of quitting smoking far outweigh this gain as well as other discomforts , in addition to restoring life expectancy to normal (that tobacco use can decrease up to ten years) and favor in fact that in the future we can lose weight more easily, by decreasing the level of fatigue and increase lung capacity (something that would allow for example a greater physical capacity and the performance of sport).

Why does this happen?

As we have just commented, the fact of quitting has been correlated with an increase in the possibility of gaining weight (although in general to a lesser extent than is usually thought). But why is this fact given?

There are several elements that can explain this trend , many of which are not directly related to tobacco, but to the habit of smoking.

1. Deceleration of the metabolism 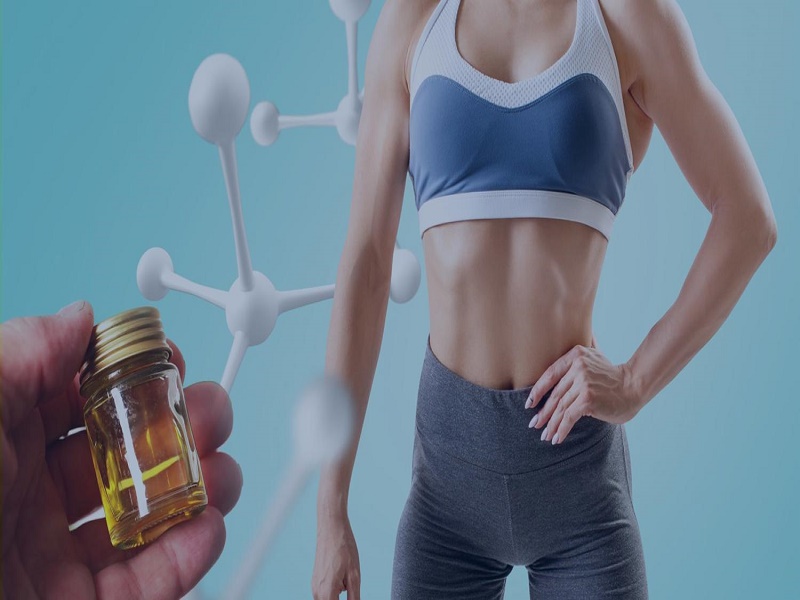 Nicotine is a stimulant-type substance , just like for example caffeine, something that makes our brain and our body in general accelerate. It also affects the metabolism, and the heat that our body emits.

When quitting smoking, this metabolic acceleration that generated nicotine decreases, something that can mean that the body spends less calories in the same time as before . However, this factor, although existing, is not the most relevant of all, although it does participate in a possible increase in weight if other conditions are met.

Another consequence of the cessation of nicotine consumption has to do with its anorectic effect . And is that like other substances, nicotine has the property of reducing appetite and hunger.

Quitting smoking, then, generates an increase in appetite , something that together with the increase in anxiety and irritability characteristic of abstinence favor the fact of eating more.

3. Regeneration of taste and smell 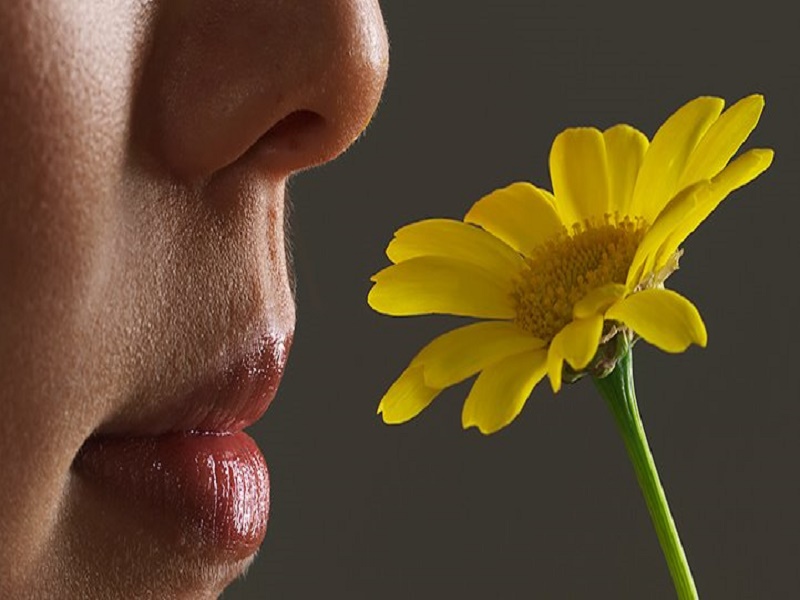 The consumption of nicotine tends to generate a slight atrophy of our ability to perceive the aroma and taste of food.

As we stop smoking, little by little these senses go back to normal. This supposes that the food will seem more appetizing to us , since it happens to have a more noticeable aroma and flavor. And although this is good, it can lead to eating more.

Probably the most important factor in explaining why there is a tendency to gain weight after quitting is found in the fact that the smoker is accustomed to working with a substance to which he has dependence, in such a way that his disappearance (and especially if smoking is stopped suddenly) usually generates an increase in anxiety levels as a result of abstinence.

Given this anxiety and based on the above points, many smokers resort to increasing the number and quantity of their intakes, eating more and more often as a way to reduce this anxiety. And this increase in intake has as a consequence the increase in weight.

What to do to avoid it?

It is possible that quitting smoking favors a weight gain, but it is also true that this gain is not inevitable and that we can carry out different strategies and activities so as not to gain kilos. 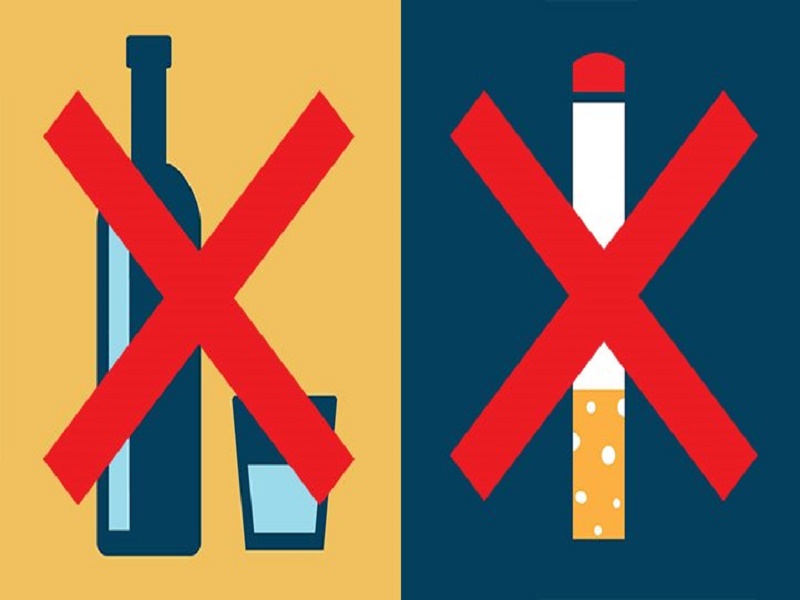 In addition, the practice of exercise also allows us to see one of the many advantages of quitting smoking : our lung capacity will increase with respect to when we smoked, and little by little we will see how it costs us less to make physical efforts. In this sense, in addition to not gaining weight, the perception of self-efficacy also increases and helps to maintain abstinence.

Another fundamental aspect is to take care of food. In this sense we will have to reduce the consumption of highly caloric foods, especially if we talk about pastries and sweets, since it is the type of food that is usually preferred when we are anxious.

It is advisable to plan the meals and include mainly healthy foods, such as those typical of the Mediterranean diet. We must also preserve the measure regarding the quantities we eat, not increasing them. However, controlling yourself does not mean going hungry (something that would otherwise be counterproductive).

Using chewing gum (whether or not nicotine) can reduce the level of anxiety and occupy the mouth in order to avoid trying to compensate for anxiety with food or drink.